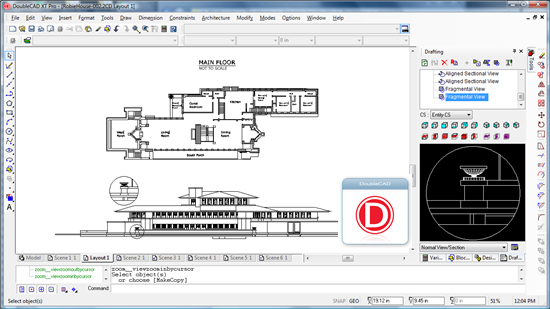 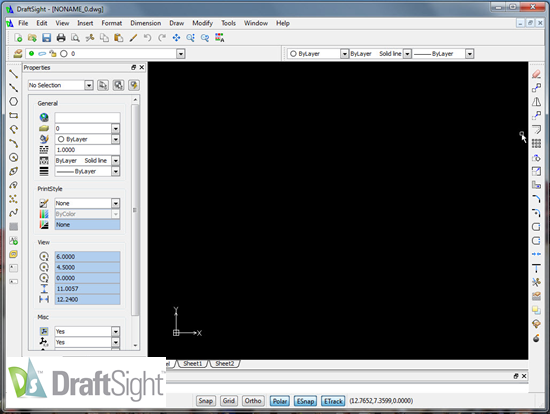 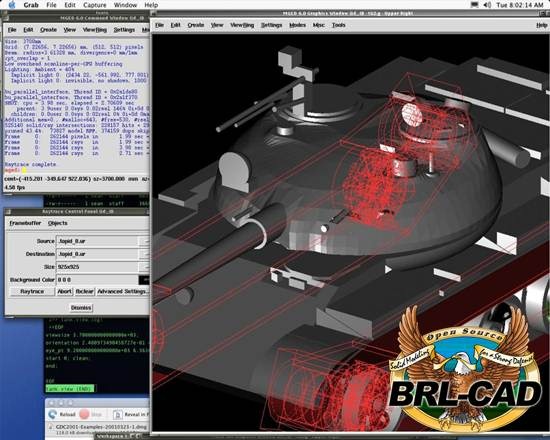 BRL-CAD is free, open-source CAD software for modeling and manipulating 2D and 3D layouts. Though BRL CAD uses for a wide range of engineering and graphics purposes, the package’s primary purpose continues to be the help of ballistic and electromagnetic analyses. 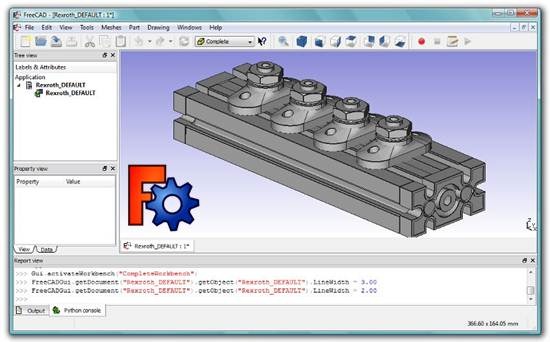 FreeCAD is a common-purpose parametric 3D modeler for CAD, MCAD, CAx, CAE, and PLM. It mainly uses mechanical engineering and product design and fits a broader range of uses in engineering, similar to architecture or other engineering works. It is 100% Open Source and intensely modular, giving a very advanced extension and customization. 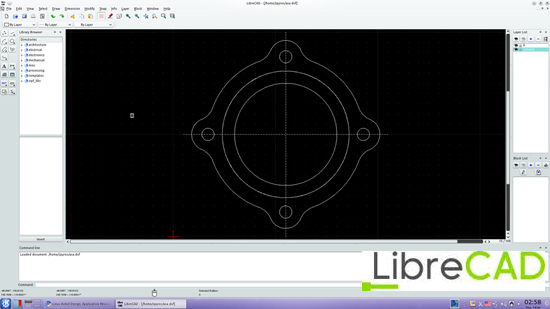 LibreCAD is a 2D CAD software written in C++11 using the Qt framework. It might probably read DXF and DWG files and can write DXF, PDF, and SVG files. The user interface is highly customizable and has dozens of versions. LibreCAD is a community version of QCAD that uses the Cross-Platform framework Qt, which works with most operating systems. – LibreCAD 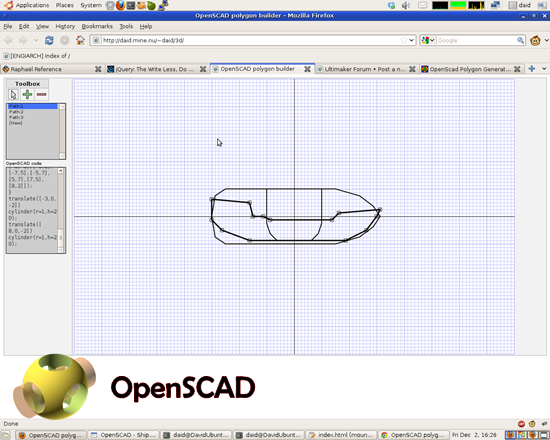 OpenSCAD is a free CAD software for creating solid 3D CAD models. Unlike most free software for creating 3D models, it doesn’t focus on the creative parts of 3D modeling but instead on the CAD features. The software is not an interactive modeler. Instead, it is something like a 3D Compiler that uses a script file to build the object and renders the 3D model from that script file.

That gives you complete control over the modeling process and lets you change any step within the modeling process or make designs that configurable parameters might explain. OpenSCAD offers two different modeling methods. First, there may be constructive solid geometry, and second, there is an extrusion of 2D outlines.

You can use Autocad DXF files as a data exchange format for 2D Outlines. Along with 2D paths for extrusion, which have the potential to read design parameters from DXF files. Apart from DXF files, OpenSCAD can also read and create 3D models within the STL and OFF file formats. 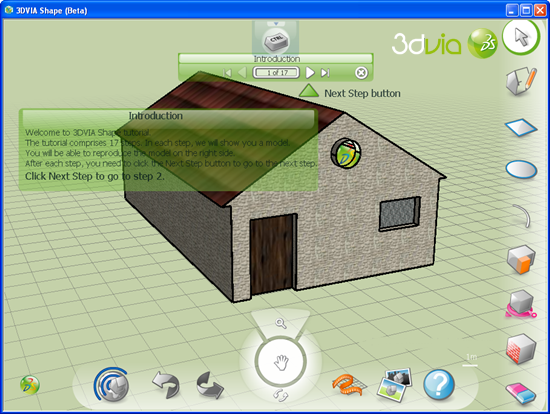 3DVIA Shape is a free online 3D modeling and publishing tool that allows anyone to share their ideas in 3D. It helps you create 3D models and add textures, after which you can publish them directly to our free online forums on the 3DVIA Website. A perfect 3D software program for the newbie but highly effective enough for the professional person. – 3DVIA Shape 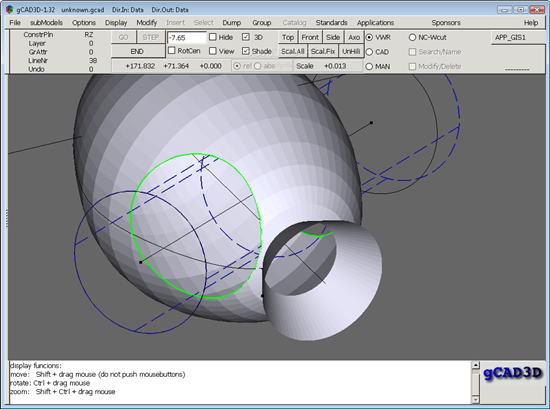 gCAD3D is a 3D CAD/CAM software for Windows and Linux. It’s a freeware GTK+ based 3D CAD-CAM software that added a 3D OpenGL viewer and supports importing and exporting Iges, DXF, and VRML files. 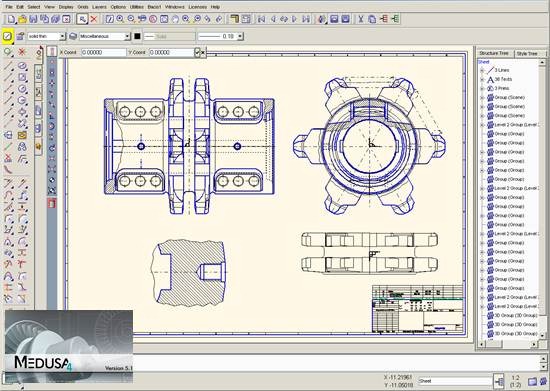 The free MEDUSA4 Personal CAD software is a part of the MEDUSA4 family of CAD solutions. Its sound design performance, similar to the most attractive business package deal, adds basic 3D, parametric, color image combination, and sheet metal design. MEDUSA4 Personal has been used worldwide for many years to create 2D drawings for home projects quickly and by hobbyists to provide 3D models prepared for 3D printing. Because of its versatile CAD performance and its ability to edit DWG and DXF files, the software has additionally been developed to be installed in many small firms. 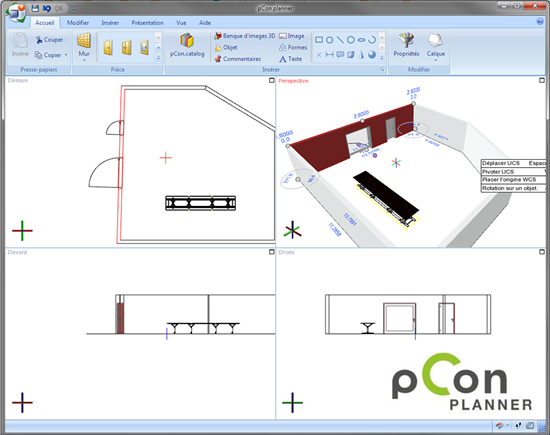 pCon.planner is a free 3D design software designed for the interior design industry. It allows you to create detailed, 3D floor plans quickly. Whether you’re starting from scratch or using a current project, easily and instantly edit and share with others.

Add CAD models in several formats into your plans, or download suitable models from allied supplier catalogs. You don’t have to be an expert to create impressive renderings with a pCon.planner. Even novices can create HD images immediately.

Give your clients a complete summary of your plan. From true-to-scale drawings to title blocks and logos, your clients get all the data they want in one layout. Great designs need to analyze from each angle. So you can use your 3D models and 360° panoramas in your presentations, on websites, and on your blogs. Import plans from your architect in IFC format and use the same building model throughout your design. – pCon.planner