Tablets have become a favorite platform for Gamers to play their favorite games on the go. It gives perfect and fully featured platforms to play more advanced, interactive adventures game to small, simple games on which to enjoy them all. 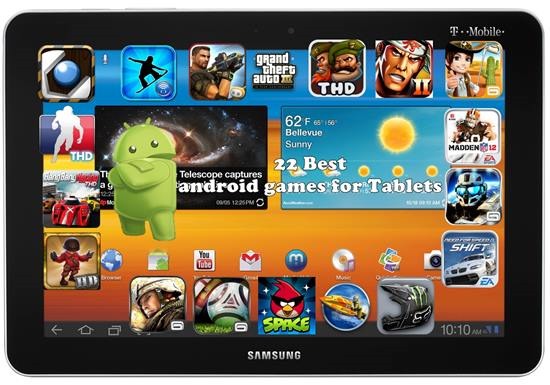 Advanced tablet technology gives you the natural feel and superior performance of interactive gaming with high-definition graphics, quality audio, and interactive screens that respond instantly to the lightest touch.

We have already published many Free Android apps in a series of posts, and continuing the same, we would like to add some fun and entertainment.

Every day, more and more games are added to the Android Play Market, and it is quite hard, to sum up all of them in one place.

What do you think of our list of the best Android tablet games? Did we miss something? Let us know in the comments below.

Grand Theft Auto III is one of the best and most influential games. It is an open-world action-adventure computer game. Now also available for Mobile devices.

Samurai II: Vengeance is the H.D. sequel to the Samurai: Way of the Warrior.