Looking for Minecraft Alternatives games? If you are tired of playing Minecraft or searching for games similar to Minecraft but don’t want to spend money on the price tag with them, these free Minecraft games will fill that block-shaped hole in your life. These games may not offer some unique survival modes that Minecraft is known for, but they should keep you entertained. 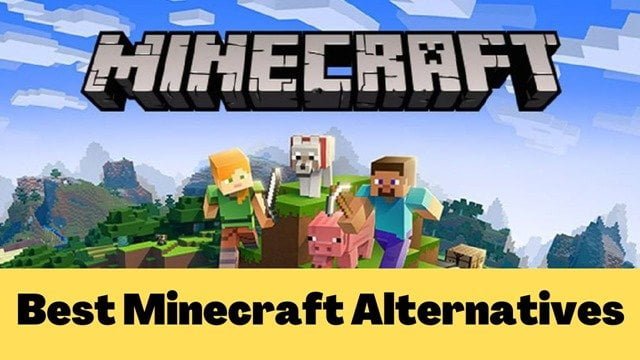 Minecraft is a sandbox game that turns around using building blocks to create anything you want. It also has multiplayer capabilities and is a leading Sandbox Game in the games category.

There are over 50 games similar to Minecraft for various platforms, including Windows, Linux, Mac, Android, and Steam. The best alternative is Minetest, which is both free and Open Source.

Other Minecraft-like games are SurvivalCraft, Creativerse, LEGO Worlds, and Terasology. The game’s motto is to build, explore and survive. You can play by yourself or play online with others.

Minetest is an open-source voxel game engine. Play one of our many games, mod a game to your liking, make your own, or play on a multiplayer server. It is a near-infinite-world block sandbox game and a game engine inspired by InfiniMiner, Minecraft, and many others.

Survivalcraft is an open sandbox video game developed by Marcin Igor Kalicinski under the brand Candy Rufus Games. It is a block terrain game where you are stranded on a deserted island and must survive on your own. Every minute is a life-or-death challenge. The terrain is unlimited, so there is no escape. Of course, it would help if you understood how to survive for as long as possible. But the bottom line is that if you’re looking for the best mobile Minecraft experience, you will want to pick up Survivalcraft.

Creativerse is a free-to-play sandbox game developed by Playful Corp. for Microsoft Windows and macOS. It is the perfect alternative for Minecraft, and it takes place in a voxel-based world of blocks where players interact with flora and fauna, craft items, and build constructions. Creativerse is a polygon-based builder just like Minecraft. As a player, you can build anything you want, fight with villains, grow crops, and explore almost bottomless caves, just like you can in Minecraft. But Creativerse has so much more going for it.

Terasology is a game inspired by and based on Minecraft. Despite being in an early development stage, it is working on adding new features to the original formula, like the possibility of having creatures employed in your service in the style of Dungeon Keeper or Dwarf Fortress.

Veloren is a multiplayer voxel role-playing game written in Rust. The game is inspired by Cube World, Legend of Zelda: Breath of the Wild, Dwarf Fortress, and Minecraft. It is fully open-source and licensed under GPL 3. It uses original graphics, music, and other assets created by its community. Being contributor-driven, its development community and user community is the same: developers, players, artists, and musicians come together to develop the game.