The boxcryptor.com has developed a product for File Encryption for cloud storage called the Boxcryptor 0.9.1 and is itself a Beta version. 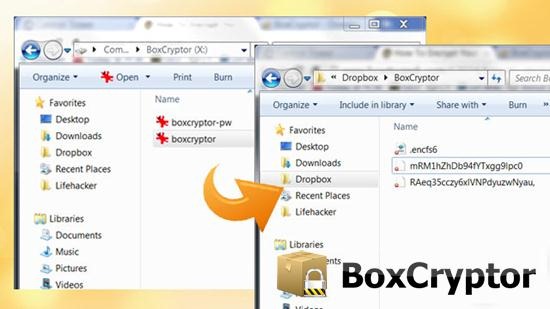 A cryptography virtual hard-disk is used for encrypt all your data on-the-fly provided in the real-time. An arbitrary directory is used for storing the encrypted data transparently.

At the time of reading files from the very virtual hard-disk, decryption is performed by the Boxcryptor in real time so that the data is available to the receiver in the form of unencrypted file.

Automatic encryption of all the data is provided by the Boxcryptor and decryption is performed automatically before the data is saved or loaded.

Generally the provider of data performs the decryption as well as the encryption of all your files before string them in your computer, so an encrypted version is provided to them before uploading them.

Even the backup company is unable to access the aforesaid files at any cost. The method of installation is very easy and simple, as the setup is just needed to be saved in any folder and then assignment of that folder is needed to drive and then even the addition of password is also permitted that enables data encryption.

Then all the sensitive data of yours are added to this very folder so that they can be added then to the online backup of yours. Thus, the uploaded folder will be fully encrypted that ensures a complete privacy to your data.

Boxcryptor works pretty well with any operating system be it Windows, Linux or Mac but the only criteria for using that it must satisfy is the size of folders that are encrypted must be greater than 2GB.

An Encryption that is much advanced is provided by the Boxcryptor and the fixed size of the key for using it is 256 bit (AES-256) in stream as well as mode.

Random and frequent access is possible with the use of Boxcryptor and is used for the vectors of deterministic initialization.

For the purpose of file encryption two keys are used by the Boxcryptor; a volume key and a key that is obtained from the password supplied by the user known as the master key.

A volume key provides the encryption for all the files on creating a directory that is encrypted. The master key encrypts the volume key in a configuration file at the very top level of the directory known as the source.

You will have to provide a password at the time of encrypting a directory. The password derives the key known as the master key and it is used for the decryption of the volume key which in turn encrypts the file.

Thus this application provides a deal of data security by data encryption and in this way the safety of data is ensured.