Glade – A User Interface Designer for GTK+ and GNOME

Glade is a graphical user interface (GUI) designer for the GTK+ toolkit and the GNOME desktop environment.

it’s an Independent programming languages that does not produce any code for events but the user interfaces designed in Glade are saved as XML format, and by using the GtkBuilder GTK+ object these can be loaded by external applications dynamically as needed. 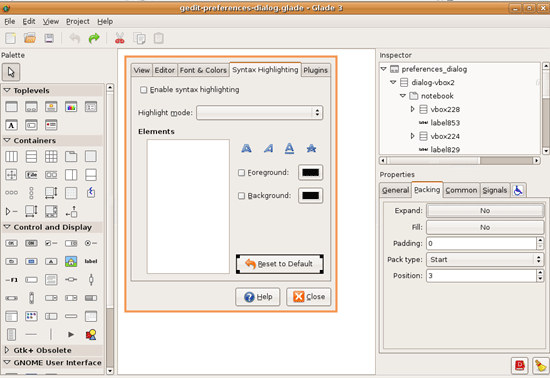