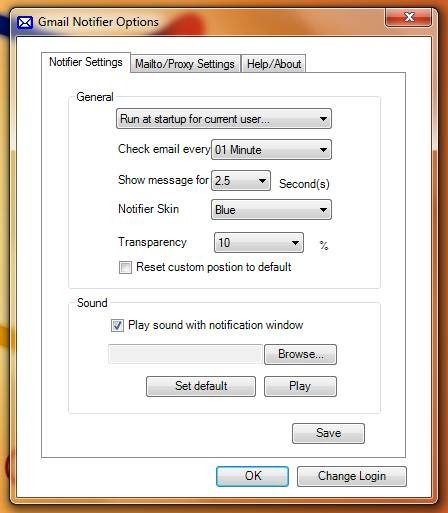 It is quite useful as an application for the business enterprises and entrepreneurs where immediate reply and reading mails is necessary. Sohail’s Gmail Notifier for Google Apps ensures that no mail is missed from the notifications list and each and every mail should be notified timely. If you have a Google talk installed in your system, it informs about the new messages. But it informs also when the user’s status is showing busy.

Though the application is a boon for the Gmail users, there are few areas where a little development is needed, for example, the problem of system slowdown while using this application, staling resources, etc. However, the application is still in its developing phase and soon new updates will be available to fix these minor problems to provide the users a comfortable browsing experience.

Driver Update – Scan Your PC for missing, broken or out of date drivers