To get your work done easily on your Mac, you need to multitask among many apps. Unfortunately, Apple still provides a limited set of multitasking features on macOS.

The split-screen feature, for instance, is restricted to two panes and comes up small for smaller screens.

Luckily, you don’t have to adjust for this limited set of features because there’s a range of third-party split-screen and productivity apps for Mac to try instead.

Here are the best Multitasking Mac apps to use. 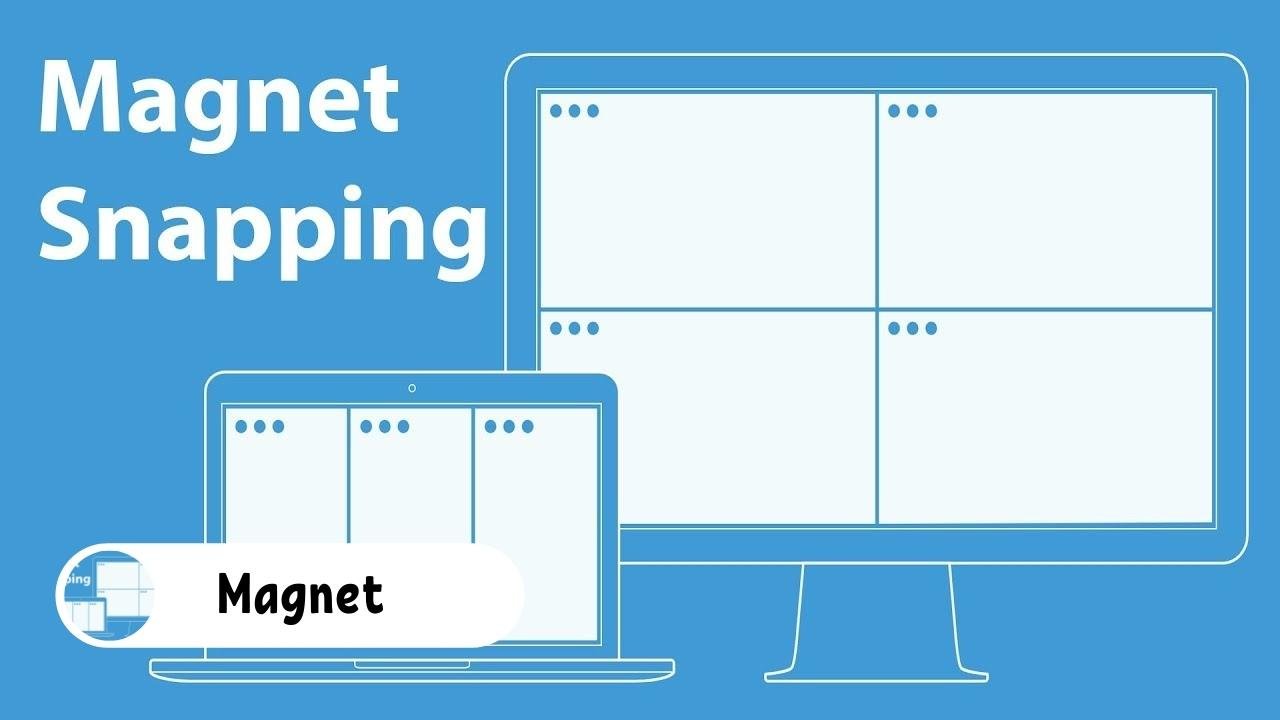 Magnet allows you to apply the Windows multitasking function to macOS. In addition, you can drag app windows to your screen’s edges to snap them into a split-screen view when enabled. However, you don’t need to hold down any keys or create a new workspace like the built-in macOS split-screen app work. For example, if you’re trying to 3 panes split-screen on a Mac, Magnet lets you do it for you. It allows users to adjust windows to fit two panes instantly or even four panes side-by-side smoothly. Magnet window manager helps you perform these actions instantly with a customizable keyboard shortcut—no need to move them manually. 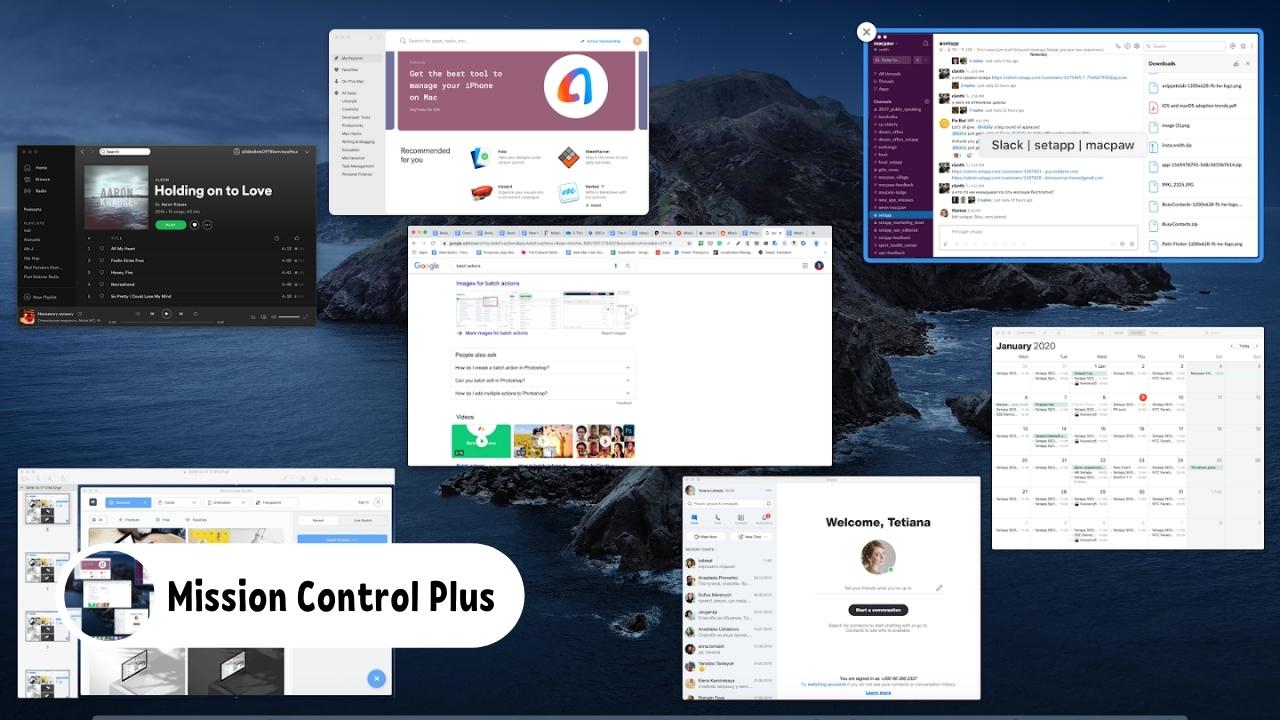 Mission Control plus is a little Mac app that improves the app’s overview screen by adding some of the missing abilities. It adds a little X at the top-left corner of each window in Mission Control, for starters. You can hide a window instantly by clicking on this, but it doesn’t close the app. So you can easily open the app icon again from the Dock, you’ll be right back where you were before. 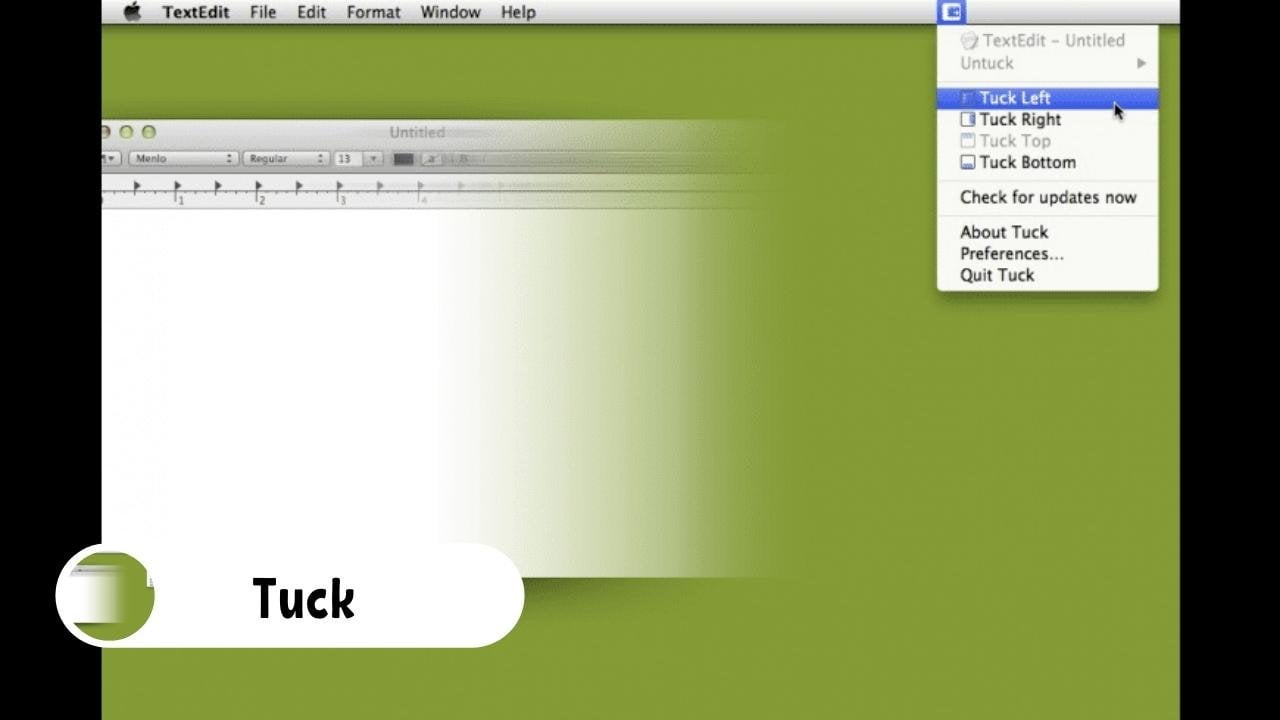 Tuck is another useful tool for shifting between several apps on Mac. The app allows you to tuck windows to the sides temporarily. All you need to do is move your cursor to the center of any screen edge, and Tuck will slide the active window off the screen. Then, when you want the window back, repeat the process, and it will return immediately. Instead of using your mouse, you also have the option of direct keyboard shortcuts. As a result, you can hide as many windows as you like and easily cycle through them. Additionally, Tuck includes a menu bar widget for viewing all tucked windows. 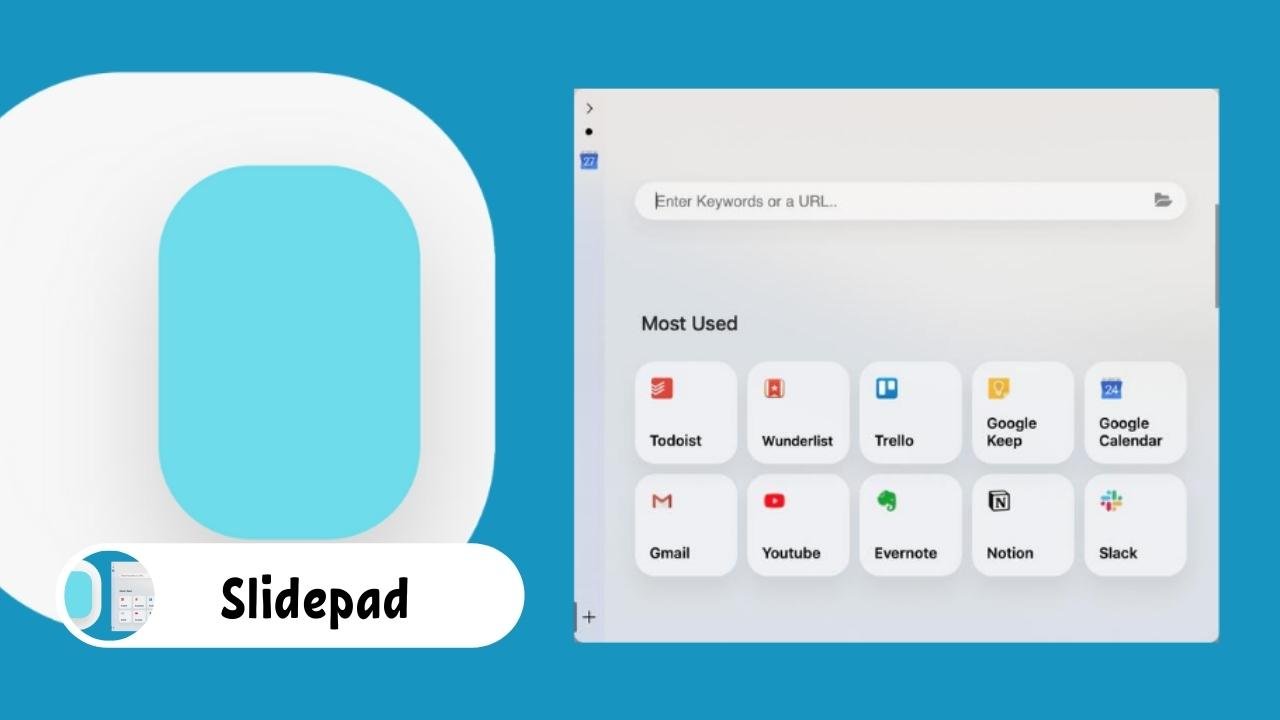 Slidepad is a tiny mac app that brings iPad-style multitasking to your Mac’s screen. Slide in and out to access all websites or web apps you use immediately. For example, when using the four-finger-pinch-and-drag gesture, dragging an app to the middle of the screen could open it in Slide Over (just like now on the iPad, but without dragging the app icon). It is a highly-rated Mac app that enhances your multitasking like a pro and boosts productivity. Rather than continually clicking through tabs and minimizing and maximizing windows, Slidepad changes how you open the app window in the form of a browser that pops up whenever you hover to the side. – 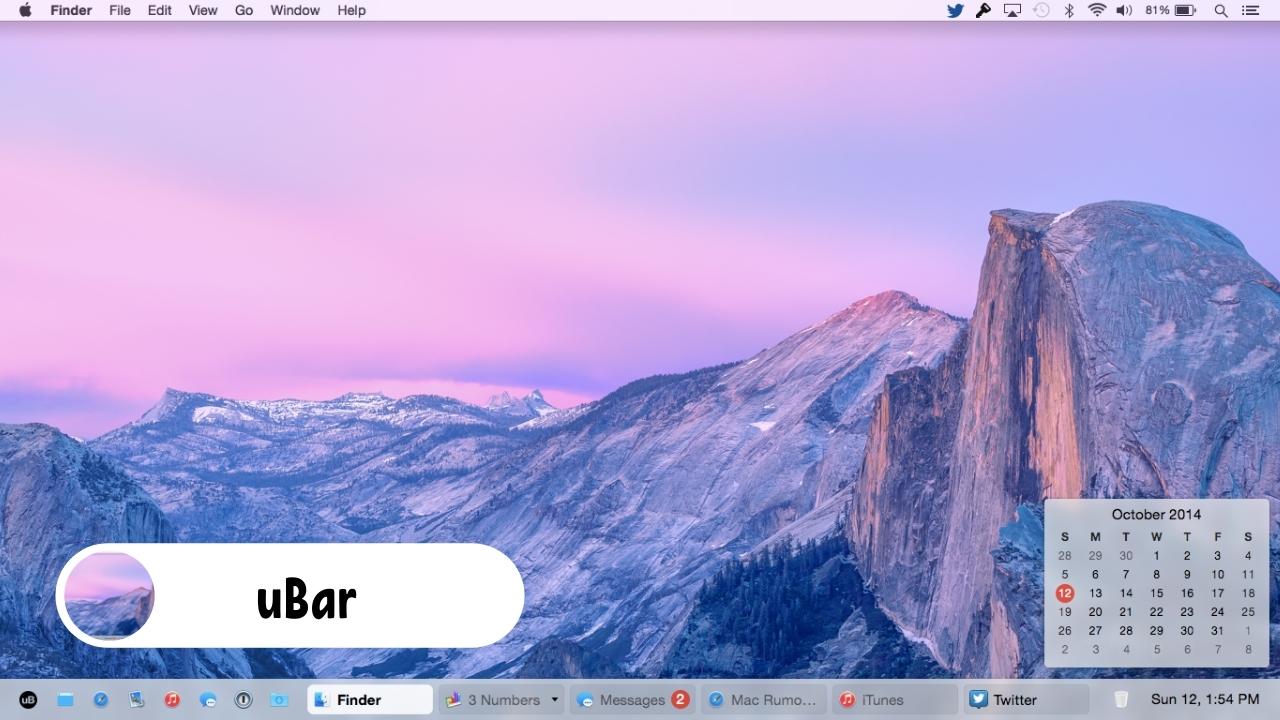 uBar helps you replace the standard Mac menu bar with a Windows-style taskbar. It simply shows which active apps provide required details like time and date on the right side, a shortcut to your desktop, and a quick access menu for your files similar to windows PCs. Hovering over a particular app lets you preview its window (or windows, if you have more than one open). In addition, uBar can automatically disappear after a period of inactivity. Finally, you can correctly adjust its theme and personalize elements such as the background color and opacity. – 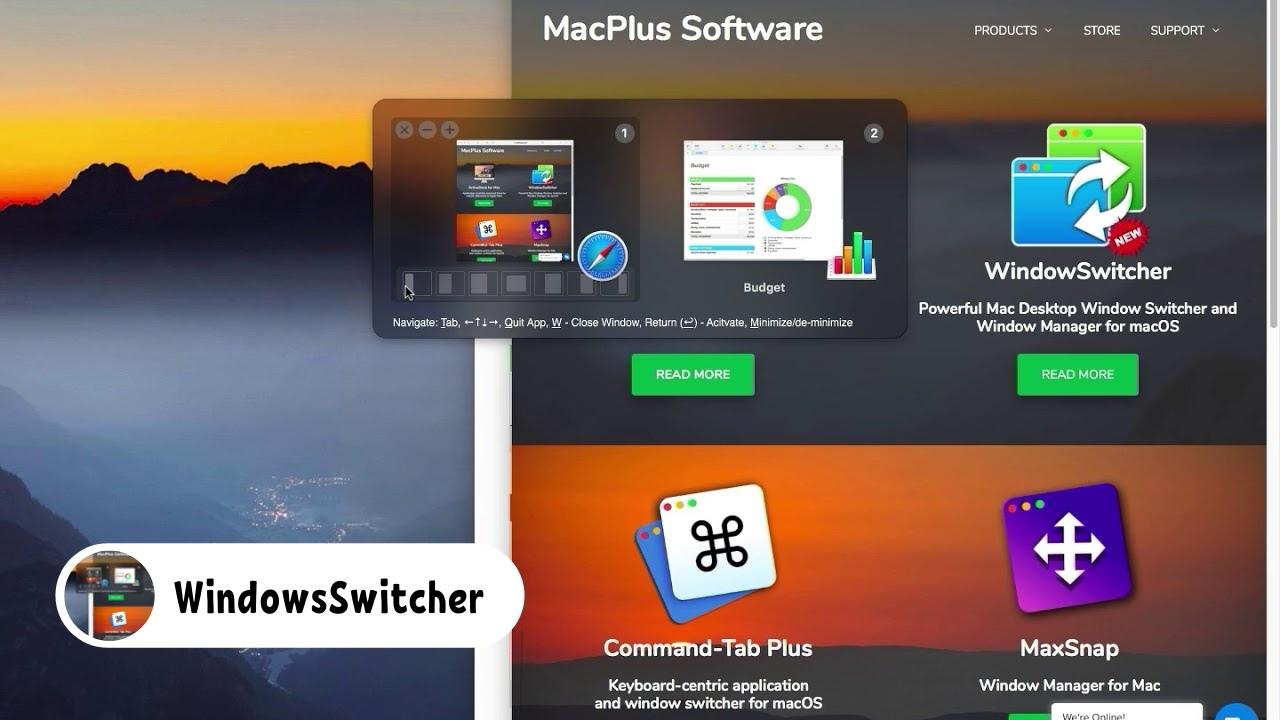 WindowSwitcher allows you to easily manage your window positions and sizes with one click. Also, you get full control over any opened window – you can close, minimize, maximize, restore any window. In addition, you can use gestures to move and resize windows. It has many options for showcasing a panel of open windows. You can select the one you like most or suits your work style. WindowSwitcher allows you to configure hotkeys to activate WindowSwitcher instead of the built-in default Mac’s Command-Tab App Switcher. For your Work convenience, it allows you to set hotkeys to reveal All Windows or Windows of the active application. –