MuseScore is a very cost-effective cross-platform program that is absolutely free that provides free musical notation. Thus, it is basically a cross platform WYSIWYG musical notation software that can be used as the perfect replacement for Sibelius and finale which are nothing but professional programs. This program can be saved with PDF extension or it can be even saved as a MIDI file. 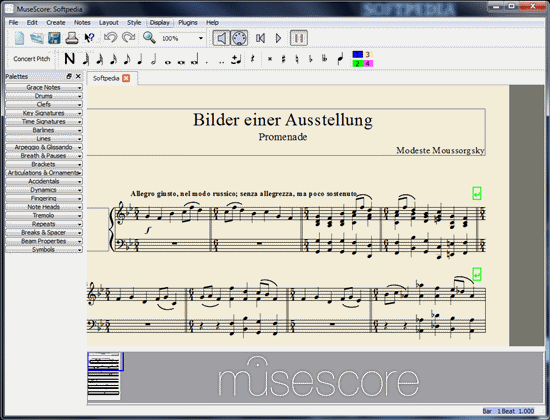 Several musical formats are chosen for the purpose of importation as well as exportation of music files Output in the form of audio is also supported in the form of WAV or FLAC files. A MuseScore must possess the following attributes:

MuseScore is in great demand now-a-days due to its multi-linguistic features. The exportation as importation facilities provided by this program marks its difference from all other programs of the same type.