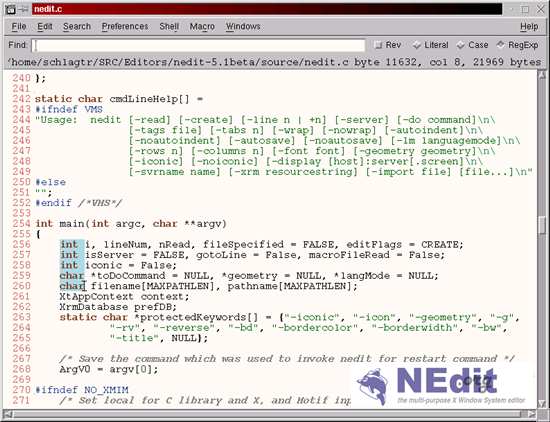 It has simple, easy to use, standard graphical user interface with the comprehensive functionality and stability which necessary for users who regular edit text as their profession.

NEdit provides serious support for progress in a vast range of languages, content processors, as well as other tools. But it also ensures simultaneous effective productivity by any person needing a text editing tool.

NEdit version 5.1 may be distributed under the certificate of the General Public License free of cost.

NEdit was initially created on a UNIX system and hence available for every UNIX and Linux OS. However, NEdit can be used on other platform too, provided an existing X Window setting is available.

For example, MacOS X, OS/2 and MS Windows are provide support for NEdit. The recent established release of NEdit is 5.5 versions.

Once you have gone through all the exciting features that NEdit offers you go ahead and download it from its official website.

All your queries regarding troubleshooting and even upgradation of your NEdit version is available on their website.

NEdit is built in with some unique features to facilitate text editing process. These features are: