Open Source Media Framework (OSMF) is an open software framework that allow you to build robust, feature-rich video players and applications based on the Adobe Flash Platform. it simplifies the development of media players by allowing developers to assemble components to create high-quality, full-featured video playback experiences on the web and desktop. 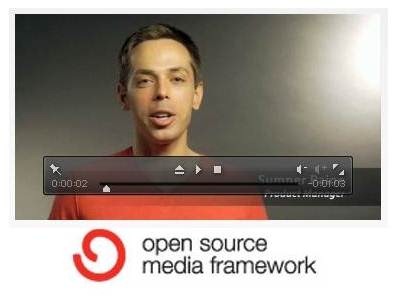 User can easily integrated OSMF into your own custom applications using the simple API, or deploy the ready-to-run dynamic SWF player without compiling or writing custom scripts. it specially designed for content publishers, developers, and Adobe Flash Platform ecosystem partners—anyone who is incorporating video on their website.

OSMF’s flexible architecture allows the developer to easily customize the media player for the browser or the desktop also, the ready-to-use plugins for advertising, reporting, and content delivery along with standard player features such as playback controls, video navigation, buffering, and Dynamic Streaming.

Currently OSMF supports RTMP Streaming via Flash Media Server and HTTP streaming, progressive download, sequential and parallel compositions of video and other media, and layout in and outside the video player.

Get real time updates directly on you device, subscribe now.