Job Scheduling is an integral part of the professionals who have loads of important work. Quartz job Scheduler is one such job scheduling application that is full of efficient features and most of all it is open source. 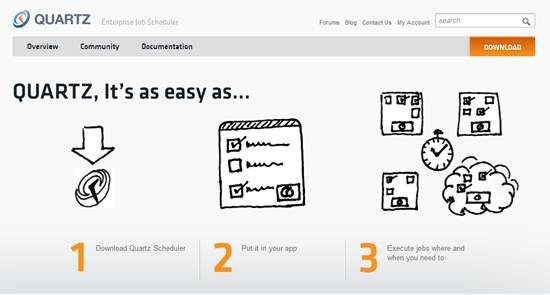 Owing to its open source, users can customize the application as per there requirement. Unlike other job scheduling apps, Quartz scheduler can be incorporated to any Java SE or Java EE application and can also be used in various small and large systems.

Quartz scheduler will effectively provide its assistance in keeping a track of multiple tasks. No matter how complex the nature of work might be, the quartz scheduler has the effective set of features to tackle it.

The feature of clustering and JTA transaction recorder enables you to keep job schedules of high level enterprises too.

Owing to such beneficial features, Quartz scheduler is sure to provide beneficial help to all its users and even help the giant enterprises with its effectual set of features.

jforum – Java based discussion board and forum software