SheepIt is a JQuery plugin that allow you to dynamically clone the form element to develop advanced forms that require the same type of data load multiple times. it useful for person who have multiple addresses or multiple phone numbers. like you have simple form as follow :

Where user can load there data (Name, Surname and Telephone), but when user have multiple phone number, sheepIt can transform the phone input field into a multiform input field dynamically so as to able the user load more than one phone per person. In addition, for ease of use, sheepIt added advanced controls that allow the user to modify the form dynamically adding or removing clones. 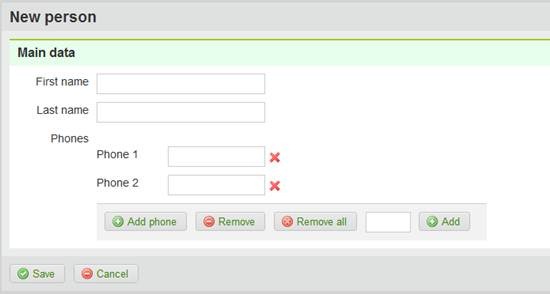