So So Social Plug-In is a jQuery plugin that uses YQL (Yahoo Query Language) for collect and organize RSS feeds from your various social networks and sorts them into an "activity feed". Basically it create a news feed about your social networking activity. 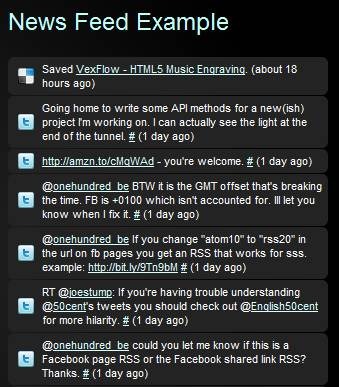 The news feed is very similar to Facebook News feed but only for you and your various social networking news. So So Social Plug-In is a free and open source jQuery plugin released under Creative Commons Attribution-Noncommercial-Share Alike 3.0 License.

Features of So So Social Plug-In