Are you looking for a Groupware Server to offer your user an uniform interface? Sogo is here to put an end to your search for a comprehensive Groupware Server. SOGO is a totally supported and secured groupware server. SOGO is here to take your infrastructure to new heights. It has become immensely popular. It acts from the middle of your servers and presents to your users an uniform and an all-round interface to access their information. It is being widely used in production environments where many thousand users are engaged. 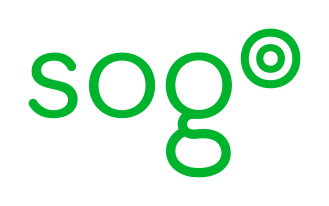 If you are wondering what makes SOGO stand out from other software’s like Microsoft Exchange or Zimbra here is your answer. SOGO and all its related components come free of cost and recognized under the GPL (or LGPL/MPL). Its free version does not have limited capacities like the rest usually cost you between 44,000 $US and 105,000 $US per year for licensing. You do not need to install complex MAPI connectors to use Microsoft Outlook.

SOGO brings with it a consistent environment with Mozilla Thunderbird and Lightning. It has a fast and precise AJAX-based web interface. Its speed can be attributed to an effective and well-distributed cache mechanism. SOGO supports CalDAV, CardDAV, CalDAV auto-scheduling, WebDAV Sync, WebDAV ACLs and more. SOGO can act as transparent Calendar and Contacts Server using Apple Extensions and it also requires minimum hardware footprint. SOGO can reuse your current services like Microsoft Active Directory, OpenLDAP, your SQL database or IMAP server. This makes SOGO less time consuming. SOGO specializes in migration scripts from existing solutions. SOGO comes as a package for multiple operating systems such as Debian, Ubuntu, Red Hat Enterprise Linux and CentOS. Its upgradation process is simple and easy.

SOGO has all the features to meet the demands of the increasing user base.

The Sogo solution uses tried and tested technologies. This helps your infrastructure to be built easily. SOGO assures you the best results.

VodSpot – create your own video site

10 Best Music Players for Mac Users You Must Know

The 7 Best AR Smart Glasses You Must Know