Twitter has recently launched their own twitter apps for Windows phone 7. it’s an official twitter client for all Windows Phone 7 devices which specially designed to get tweets quickly and easily, no matter what device you’re using, and the clean, minimalist design of the Windows Phone platform is particularly great for this.

It provide all the features that you’d expect from Twitter such as your twitter timeline, suggested users, messages, lists, and a great way to explore Twitter without even logging in. You can also sign up for an account directly from the twitter app as well. The app is really fast, and improve your user experiences. 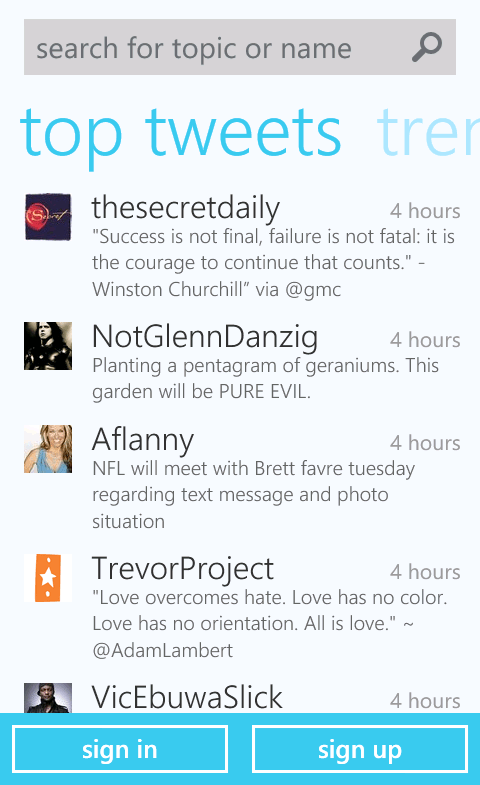 The platform’s design and user interface, which is called Metro, is especially great for Twitter users because it’s simple and easy to use. It also provides a different way to look at information on a phone’s screen through Pivots, which are sort of like pages of the app. Pivots allow you to swipe left or right to view different categories or types of information within a single application. For example, in Twitter for Windows Phone, you can swipe left or right to move from your timeline to mentions to direct messages. 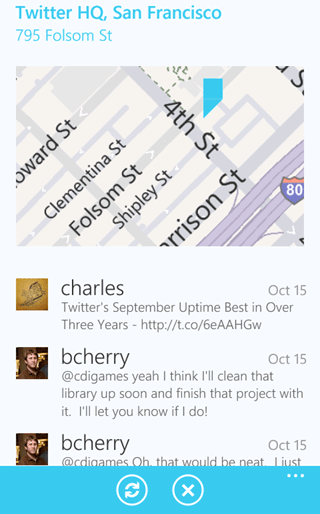