The recent innovation by Adobe flash, Wallaby, is a tool that converts Adobe Flash files into HTML 5 supported files. Using this application, the animations and works of art, which are supported by flash, can also be viewed in HTML 5 files. That means the flash based files can be viewed in those devices that are not supported by flash. 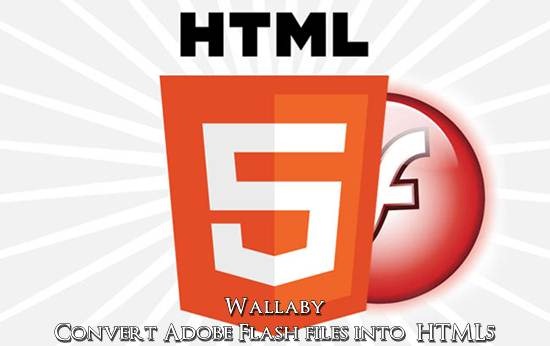 The experimental yet a very useful tool by Adobe, Wallaby, converts the Adobe Flash files into HTML 5 files, Java Script, CSS files, easily. This helps the users to view Flash artworks and technically developed animations in their devices without installing Adobe flash.

This also helps the users to share their creation to those who do not have an Adobe Flash supporting device. As the users convert the flash files into HTML pages, they can also custom-edit them using the HTML editing application –Adobe Dreamweaver or can simply click & edit.

The tool also helps the users to develop websites and web pages using Adobe Flash and can also convert them into HTML format. The conversion also insures the converted file, i.e., HTML file runs in almost every Operating System. Wallaby is also free to download on trial basis for Windows and MAC.

Adobe’s newly launched application, Wallaby, is a very useful tool for the professional website developers and other users who want to share their artwork to people who do not have a Flash support.